In an effort to cure the pilot shortage within the Air Force and specifically the Reserve Component, the Air force is implementing a new program called the Civil Path to Wings Program. This program is targeted at civilian pilots who already have experience in aviation, and build off their existing skills to train more Air Force pilots.  Accepted candidates with prior commercial aviation experience would enter UPT at one of three points based on the outcome of a Competency Validation conducted by the Air Force.  These candidates would either attend UPT 2.5, skip the T-6 syllabus and be inserted into the T-1 track, or attend a fundamentals course prior to their assigned Formal Training Unit (FTU).  In any case, these candidates are only eligible to fly crew aircraft within the Mobility Air Forces (MAF), Special Operations Forces (SOF), or Command, Control, and Intelligence, Surveillance and Reconnaissance (C2ISR) aircraft throughout the Air Force inventory.  The hope is that this would be another way to help expedite the pipeline, produce more pilots per year, and decrease training costs while producing more qualified Air Force pilots.

·        The basic eligibility requirements are as follows:

Sponsorship by an AFR flying unit.

Minimum ~100 hrs in the last year prior to validation

For more information, and to read the rest of my article, go to the following link:

In this video, I break down the timeline from getting sworn into the Air Force until returning from pilot training and completing your Prog Tour. This timeline was specific to me back in the day, but I share the differences that have occurred since then. This should help give you a better idea of what the first 3 years of your career in the Air Force will look like. Did you Love the shirt I was wearing? Click the link below and search MOOSE DRIVER to purchase your very own tee-shirt!! C-17 Moose Driver Tee-Shirt https://www.fanatics.ncw6.net/JrJYjE
July 12, 2021 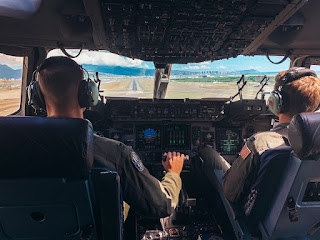 In this class, you will learn what it takes to get a pilot slot in the Air National Guard and Air Force Reserve.  What many people don't know is that there is another component to the Air Force besides Active Duty.  In fact, the Guard/ Reserve is the best-kept secret in aviation, because nobody knows that you get to pick the location and the aircraft you want to fly even before signing on the dotted line.

Every year pilot slots are awarded to applicants throughout the US to fly everything from transport to fighter aircraft.  If you have ever wanted to serve your country by becoming a pilot in the Air Force, this is the course for you.

You will learn the 6 easy steps to becoming a military pilot.  I will go over the basic requirements for application and detail each step in a thorough lecture-style course.

No experience or knowledge of the military or aviation is required to take this course.  However, for those of you who are interesting in becoming a pilot in the military and want to learn more about the process of getting hired into a coveted pilot slot, this is the ultimate class for you!

For a limited time only use the following code for a special promotional discount!

During Undergraduate Pilot Training, there are a few things you should acquire that will make your life easier in an otherwise very difficult environment.  I have listed a few of the items I recommend new student pilots acquire prior to attending UPT. 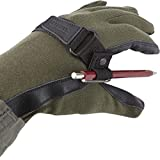 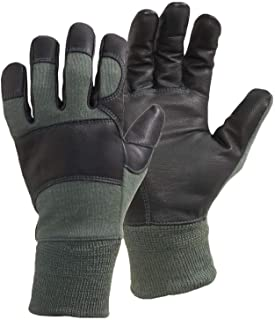 Aviation Journal: Journal, Notebook, or Diary for ALL Aviation Enthusiast! 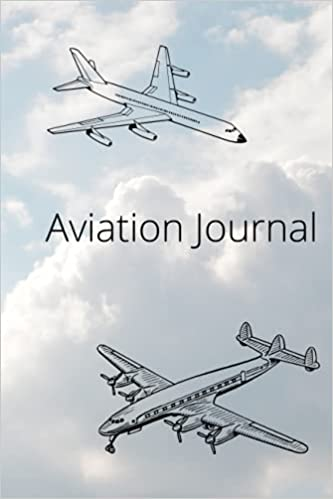 I am often asked if I have any recommendations for books or movies that would help gain a clearer picture of what it's like to be a military pilot.  When I started my journey of becoming a fighter pilot, there were two sources that I found beneficial to understanding the past and present of military aviation.  Focusing on the fighter community, I would highly suggest everyone read, Fighter Pilot: The Memoirs of Legendary ACE Robin Olds.

This book is instrumental in understanding the foundation of the modern-day fighter pilot.  Robin Olds is a triple ace, who achieved a combined total of 16 victories in WWII and the Vietnam War.

This short film depicts an F-15C fighter pilot who is participating in his very first Red Flag.  Red Flag is an international training exercise for air forces of allied countries, many of the world's best pilots meet for the most challenging flying of their career.  Red Flag is the final training for pilots and their aircrew before being sent into actual combat.

My aviation story and how I became a military pilot!

This is the first video I posted on my YouTube channel, describing my aviation story from the beginning.  From college football player to NFL prospect, Arena Football Champion, and pilot, this is my journey to becoming a pilot and ultimately achieving my dream of flying for a major airline!

Jeffrey Van Orsow is an Aircraft Commander on the C-17 Globemaster as part of the Air Force Reserve, as well as a First Officer for Alaska Airlines. His passion is mentoring current and future pilots and educating them about the opportunities that exist in the military and how they can help you reach your aviation goals.  His book, Alternate Route: The Ultimate Guide to Becoming a Pilot in the Air National Guard and Air Force Reserve is a crucial resource for those pursing an aviation career.